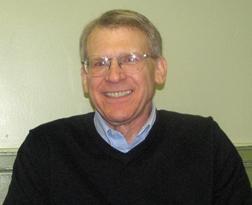 Alan Bronstein is an exceptional man.  On January 30, 1985, Alan would have described himself as a successful business and family man.  He had been a teacher briefly after college, then became a sales manager in South America for a large company.  Later on, Alan came back to the U.S. and opened his own business.   However, on the afternoon of January 31, 1985, Alan's life changed forever.   He was involved in a serious car accident that left him paralyzed from the chest down.

During his months of rehabilitation, Alan chose to see the opportunities instead of the impossibilities of this life-changing event and its inherent challenges.  He sold his business and moved his family to Philadelphia to be near Magee Rehab where he had received treatment after the accident.

Alan then focused on a new career path.  He chose to return to teaching, which he had done briefly after college.  Upon presentation of his Masters degree, he was surprised when his college gave him special recognition for "overcoming adversity."  Rather, Alan viewed it as "doing what had to be done and doing what makes life worth living" not "overcoming adversity."

Alan has the gift of making science come alive to his students and peers alike by incorporating real-life situations into his science classes, thus making the lessons both relevant and memorable.  He loves to create "the look of wonder on the faces of fellow teachers and students - then I know I'm doing what science is supposed to do for people: amaze them and make them wonder; arouse their curiosity - the 'wow' factor!"   His students have nominated him for "Who's Who Among American Educators" six times.

Alan's love of science and life are evident in how he spends his time-as a tutor or mentor to students, on collaborative projects with students in summer college courses, as a mentor to teachers, as the school's Drama Society sponsor for over a decade, or as a volunteer at a rehabilitation hospital with the newly injured.  His character, determination, and perseverance make him a tremendous role model.

Upon learning he had been selected as the recipient of this year's Freida J. Riley Teacher Award, Alan said "The first thoughts I had were surprise and elation, of course; then gratitude to my nominator and the students who all wrote such wonderful letters for me.  While they didn't stretch the truth, I felt that they put my meager accomplishments in such glowing terms that it was what they wrote, not what I did so much, that got me the honor.  Then my mind ran through the stages of my life that brought me to this point:  How as a high school student I thought that I might like to return someday to teach chemistry at Central.  I did teach for awhile after college, but left it for an exciting business opportunity, only to return to teaching after my spinal cord injury.  It seemed to be my destiny - that I was "called" to the profession. . . and the Freida J. Riley Award validates this belief, validates my work, and validates my life!"  Alan is married with two sons.