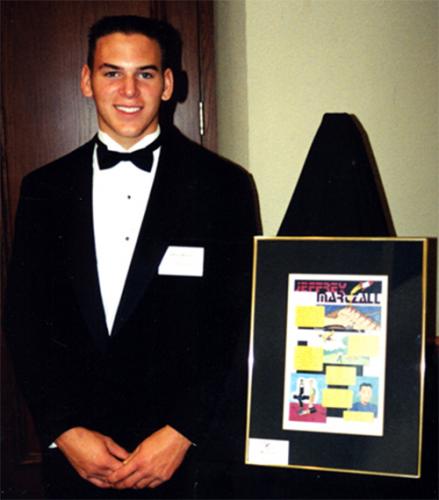 The Audio tracking system is an efficient angular and amplitude-based tracking system. Unlike most tracking systems, which use phase and time difference between two or more arrays of microphones, Jeffrey’s device works on the principal that if one changes the angle of a microphone one will get a different amplitude of output. In other words, one can change the sound that the tracking system listens to, thus eliminating echoes and other unwanted sounds.