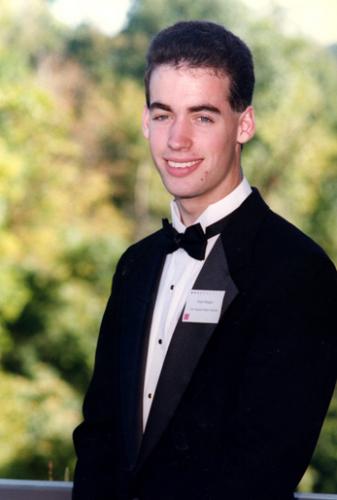 Peter Haugen has been inventing since the age of six. He specializes in electronics, computers, and chemistry. His invention, the Interfaceable Refreshable Braille Display Prototype, allows a blind person to read a computer monitor by means of a Braille interface. Similar devices already exist, but none which employ this level of technology. Peter’s device is smaller and less expensive than existing models because it uses shape memory wire, made from an alloy whose expansion and contraction is controlled electrically.

In 1995, Peter’s Braille interface won the NASA Award and the 2nd Place Grand Award in Engineering at the International Science and Engineering Fair.