"She ended up giving us a metaphor for how urban life should work - people of all races doing something difficult together: making music." - Tom Brokaw, from "An American Close-Up" on NBC Nightly News

"Roberta Guaspari arrived in New York City on a hot summer day in 1980, with two little boys, a busted marriage, and a packing crate full of violins. She had no idea what she would do to earn a living or remake her life. She ended up in East Harlem and began teaching music in a public school during the city's rockiest era: living conditions and budget cuts threatened to put her and her violin kids out of business.

Over the years, Guaspari's passionate dedication to her students provided the impetus for what became the landmark East Harlem Violin Program. Against tremendous odds, more than one thousand public school kids (including her own) have raised their bows and their hopes in Guaspari's classes, discovering the power of music to enrich and unite a community." *

In 1999, Roberta Guaspari's incredible story was adapted by Miramax Films. The film featured Aidan Quinn, Gloria Estefan, and Angela Bassett, with Meryl Streep in the role of Ms. Guaspari.

Roberta Guaspari continues to inspire students throughout the nation.

* From the dust jacket of Music of the Heart. 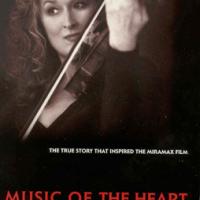 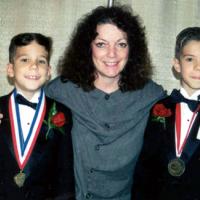 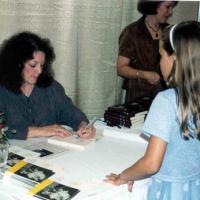