Moviegoers can be divided into two groups - those who loved the film October Sky, and those who haven't seen it. October Sky is based on the book, The Rocket Boys, by Homer "Sonny" Hickam, Jr. His moving memoir, set in the 1950s, tells the story of six teenagers growing up in the West Virginia coal mining town of Coalwood. Inspired by the launch of Sputnik, they formed the BCMA - the big Creek Missile Agency - and began building rockets on their own. In spite of the town's disapproval of their endeavors 9and after blowing up Mrs. Hickam's garden fenc), they succeeded in breaking the five-mile barrier in their launches.

Those who have seen the film have been moved and inspired by the heart, determination, and ingenuity of these all-American boys. We are honored to have welcomed to our banquet four of the Rocket Boys - Jimmie "O'Dell" Carroll, Roy Lee Cooke, Billy Rose, and Quentin Wilson. 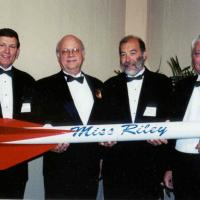 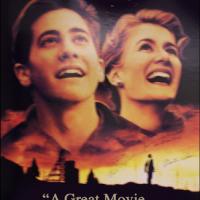