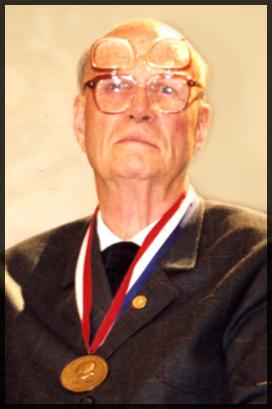 Forrest Bird, inventor of the first reliable, low-cost, mass-produced medical respirator, is the son of a World War I pilot. His father encouraged him to fly, and at the age of 14, young Bird took his first solo slight in an airplane. By 16, he was working toward several high-level pilot certifications.

Serving as a technical air training officer during World War II, Bird developed technology which could assist pilots to breathe at extremely high altitudes. This led him to be a lifelong student of the subject.

Bird attended a number of medical schools and completed several residencies. This knowledge eventually led him to develop the prototype Bird Universal Medical Respirator for acute or chronic cardiopulmonary care. Bird founded Bird Products Corporation in 1954 to market and develop his device. Beginning in 1958, he tested it by traveling to medical schools; there he would ask doctors for their most ill patients, for who known therapies had failed and death by cardiopulmonary failure was expected.

In some cases, patients involved in Bird's test cases died, but many times they survived. His respirator model, which came to be known as "the bird," succeeded. Furthermore, his testing allowed him to make important improvements on his designs. His small, green box-like apparatus quickly became a common piece of equipment in hospitals around the world. In 1970, Bird introduced the "Babybird" respirator, which reduced infant mortality due to respirator problems from 70% to less than 10%.

Today, over 40 years later, Bird Products is part of Thermo Electron's division of biomedical companies. Bird Products is considered a worldwide leader in the respiratory care industry and has continued advancement in technologies that offer the greatest clinical benefit to patients. The VIP Bird® Infant Pediatric System was introduced in 1992.

Based on the research conducted by its founder, Bird Products has developed a number of advanced breathing-related medical devices and technologies, and Dr. Bird himself continues to be very active in contributing to the team's work.