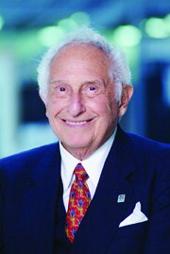 He and his wife, the late Dr. Iris M. Ovshinsky, founded ECD Ovonics in 1960 to continue his work in the field of amorphous and disordered materials, which he originated in 1955. His fundamental and basic contributions established the field, resulting in transforming the old approaches to glasses to one yielding unexpected new physical, chemical and electronic mechanisms of great scientific and industrial importance.

Stan Ovshinsky has about 350 U.S. patents and is the author of over 275 scientific papers ranging from neurophysiology to amorphous semiconductors. He serves on various scientific, educational and civic boards and is the recipient of numerous awards, including the Diesel Gold Medal for Invention presented by German Inventors Association (Deutscher Erfinderverband) in recognition of his invention of the semiconductor switching effect in disordered and amorphous materials (1968); the Coors American Ingenuity Award, honoring "individuals who are changing, forever, the face of American business," given for his Ovonic solar cells which help provide the world's energy needs "as well as a host of other practical uses" (1988); the Toyota Award for Advancement for his development of the Ovonic nickel-metal hydride batteries for electric vehicles (1991); the Karl W. Böer Solar Energy Medal of Merit, awarded jointly by the University of Delaware and the International Solar Energy Society (1999); the International Association for Hydrogen Energy (IAHE) Sir William Grove Award (June 2000); the American Solar Energy Society Hoyt Clarke Hottel Award (July 2004) for “significant contribution to the advancement of solar energy technologies”; The 2005 Innovation Award for Energy and the Environment by The Economist for "his pioneering work in the development of the high-powered NiMH battery" (November 2005); and the Frederick Douglass/Eugene V. Debs Award, presented on November 18, 2006.

He was inducted into the Michigan Chemical Engineering Hall of Fame (1983) and named Michigan Scientist of the Year by Impression 5 Science Museum (1987). He was profiled in a one-hour PBS program on NOVA entitled “Japan’s American Genius” (1987), named the Corporate Detroiter of the Year by Corporate Detroit Magazine (1993), and named "Hero for the Planet" by Time magazine (1999). He and his wife, Iris, were named Heroes of Chemistry 2000 by the American Chemical Society for “advances in electrochemical, energy storage and energy generation,  including the development of Ovonic nickel metal hydride (NiMH) rechargeable batteries, regenerative fuel cells, solid hydrogen storage system, and amorphous silicon photovoltaics" and for having "made significant and lasting contributions to global human welfare.” He was profiled in Inventing Modern America: From the Microwave to the Mouse, published by MIT Press in association with Lemelson-MIT Program (December 2001), as one of the 35 American Inventors over the past century “who helped to shape the modern world.” The Stanford R. Ovshinsky Award for Excellence in Non-Crystalline Chalcogenides was established in 2001 to honor Stan Ovshinsky’s pioneering work in the field of Non-Crystalline Chalcogenides. Three festschrifts in honor of Stan Ovshinsky’s 80th birthday were dedicated to him (November 24, 2002).