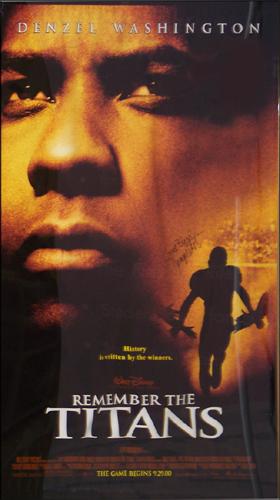 In 1971, racial tensions ran high in Alexandria, Virginia, as three schools, two black and the third white, were newly integrated. The former rivalries between the schools, coupled with the strain between the black and white players, resulted in a team that was far from united.

Herman Boone and Bill Yoast were able to respect each other's differences, and in doing so, unified their players to do the same. During their 1971 season, the team ranked second in national polls and went on to win their state finals. Their inspirational story was captured in the Disney film Remember the Titans, starring Academy Award-winner Denzel Washington.

Boone and Yoast are both now retired, but remain good friends and continue to motivate and inspire. Mr. Boone lives in Alexandria, Virginia, and Mr. Yoast resides in Bethany Beach, Delaware.